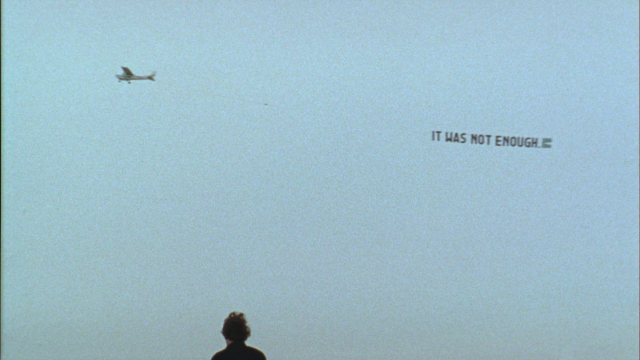 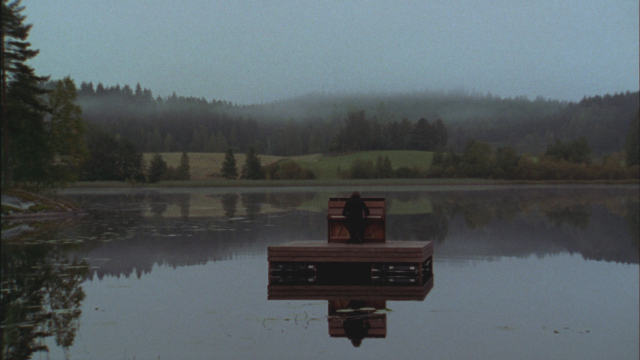 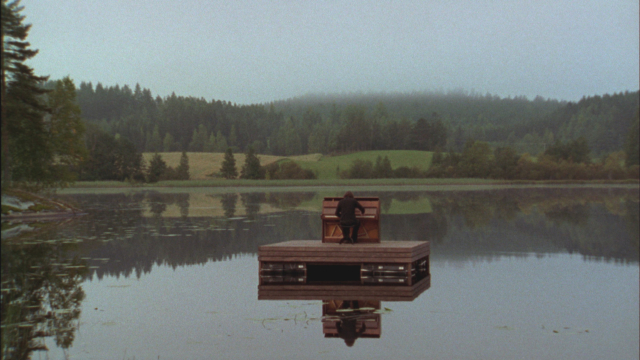 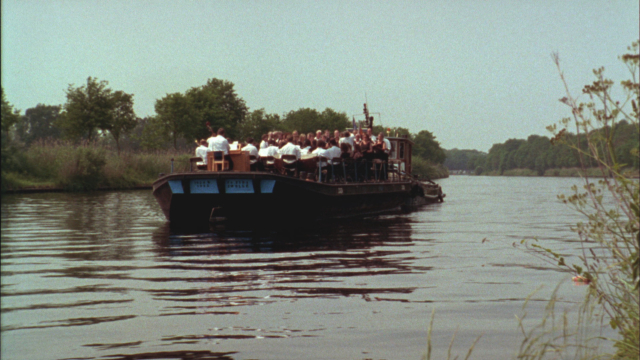 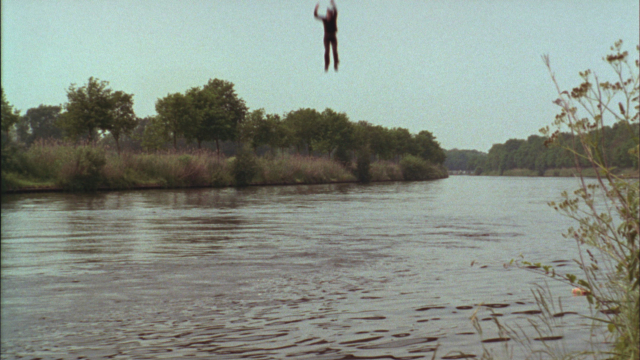 “In the classic tradition of slapstick Van der Werve’s films are fuelled by the creative possibilities of aural and visual dislocation, or, more simply, by an awareness of how simultaneously lonely and absurd life can be and how much solace can be found in abstract forms of expression. Witness, for example, the shifts in mood, setting and meaning, in the 12 minutes of Nummer vier: I don’t want to get involved in this, I don’t want to be part of this, talk me out of it (2005).

The film opens with words, spoken in Dutch and written in English on a black screen: ‘I woke up early and watched the sun rise. I felt it came up just for me.’ Cut to an image of the lonely back of the artist; he is gazing out over a slate-blue sea. Very slowly the camera pans up to the sky; a small plane flies by, dragging behind it a banner emblazoned with the words ‘it was not enough’. Cue the achingly wistful chords of Chopin’s Nocturne No. 1 in B flat minor, performed by the artist. The camera gradually pans down to an image of Van der Werve playing the piece on a slightly out-of-tune upright piano, perched on a pontoon in the middle of a misty lake. When the piece comes to an end, the scene changes to a barge drifting down a river. Gradually the faint strains of Mozart’s Requiem Mass are discernible, and it is apparent that the choir and orchestra performing the piece are actually on the boat. Intimations of death, and more particularly the island of the dead, become overwhelming. Eventually everyone disappears, and we are left with the gentle sounds of wind and birds. Then, without warning, the artist drops from the sky and into the river.”