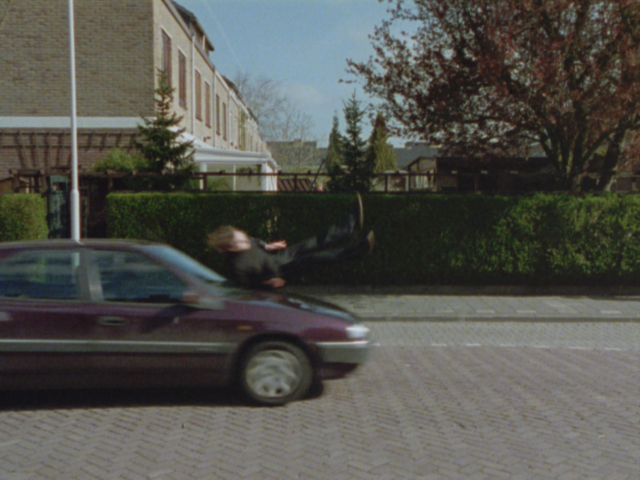 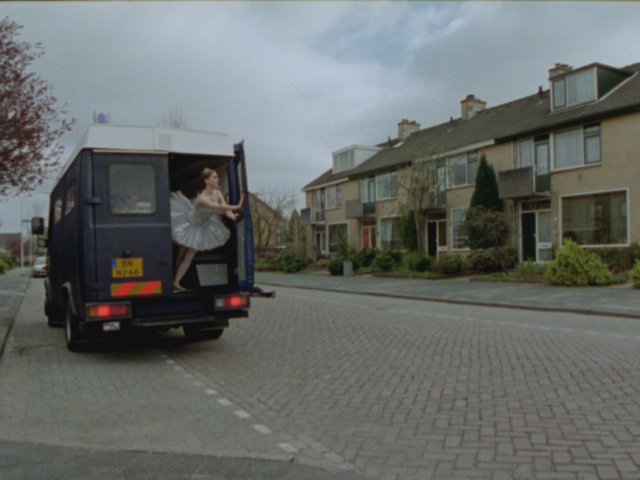 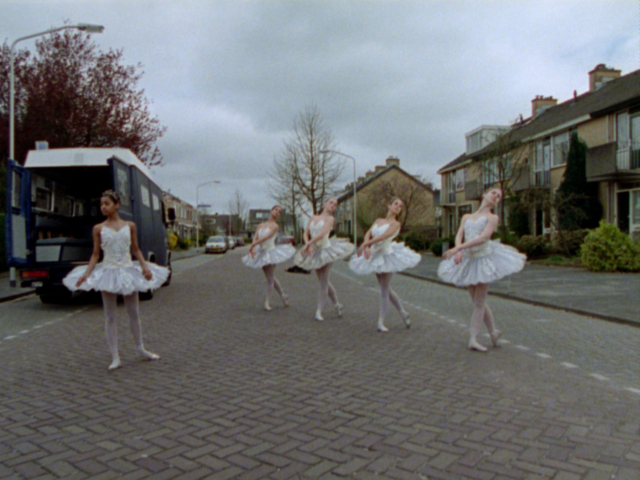 “In a digital video shot in 35 mm, Nummer twee (Number Two), 2003, Dutch artist Guido van der Werve addresses the camera with a deadpan stare as an inner narrative reveals his ennui: “Just because I’m standing here doesn’t mean I want to.” Standing on a suburban street, he walks backward slowly; focusing on the audience rather than the traffic, he is hit by a car. A blue police van pulls up; five young ballerinas emerge and dance to Corelli’s Christmas Concerto in front of his inert body, against a backdrop of nondescript condo buildings.

Projected sequentially on a large movie screen, Nummer drie: Take Step Fall (Number Three: Take Step Fall), 2004, and Nummer vier (Number Four), 2005, continue the theme: reflections of a youthful creative genius in an existential crisis. Number Three begins at the artist’s local Chinese takeout, where eight nubile dancers perform a minuet to Prokofiev’s Romeo and Juliet on a cramped balcony above a tableau vivant of patrons too preoccupied with their own thoughts to take notice. Next our hero lurks against a building between two second-floor windows, dressed in black, like a burglar; the only sound is the gently swooshing traffic below. The image fades out as the passing headlights get brighter; we can only guess that he may jump at any moment. Finally, an angelic ballerina dances to a Chopin Nocturne among misty trees lit by streetlamps; she does not lose her poise when, comically, a random tree falls behind her. All of these surreal juxtapositions construct a timeless poetic reality.”