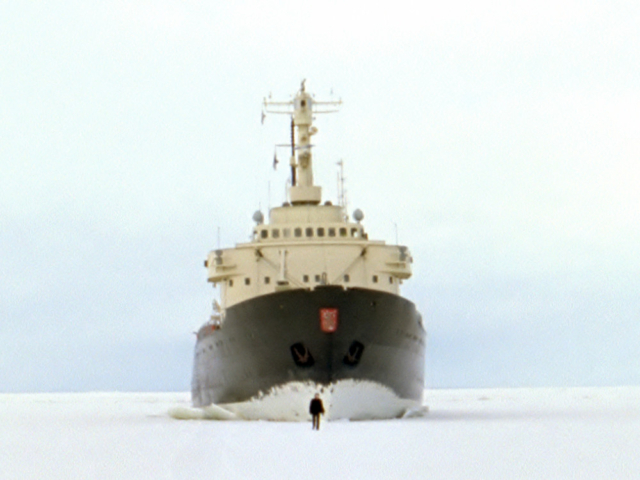 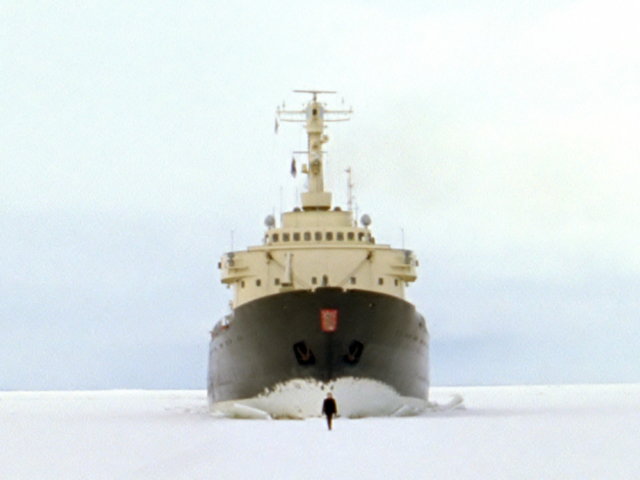 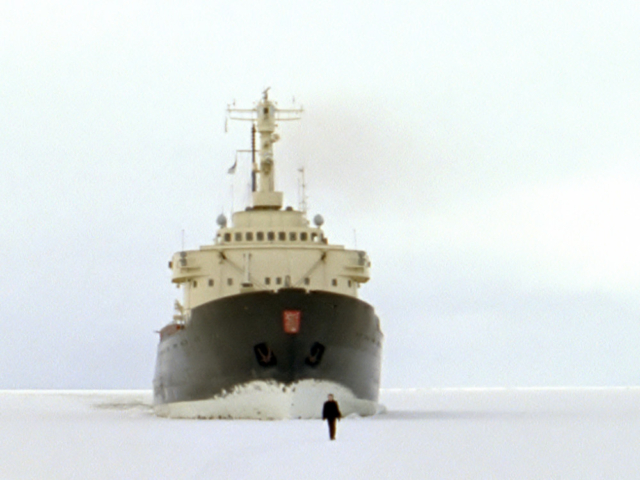 In Nummer acht, everything is going to be alright

Tom Morton on Nummer acht:
Here, we see the artist walking steadily across the frozen waters, while behind him a looms a vast ship, its prow smashing through the ice, then rearing up like monstrous killer whale. Filmed in long shot, van der Werve seems frail and tiny, forever about to be swallowed by the abyss opening up behind him, forever hearing its great creaks, gulps and rumbles ringing in his ears. The icebreaker, though, lags continually behind, and we get to thinking about the effortlessness of his passage when compared to that of the behemoth to his rear. We might read it as a parable of man’s superiority to machine, until we remember that without the protective shell of the ship, van der Werve would never have been able to reach this inhospitable zone in the first place. This is not an image of man at one with nature, then, but of an excessive survival strategy, both sublime and ridiculous.