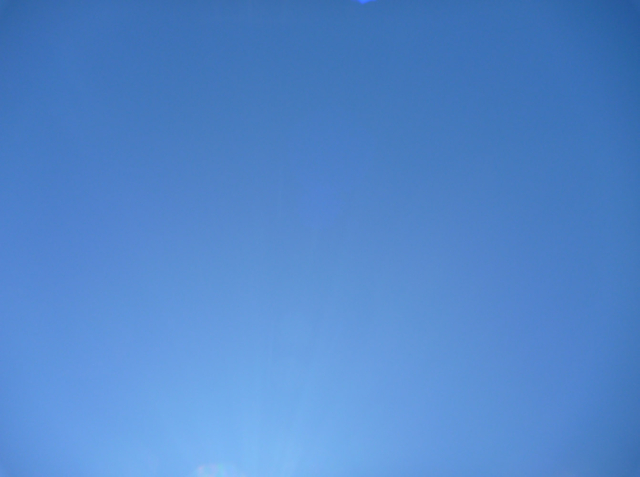 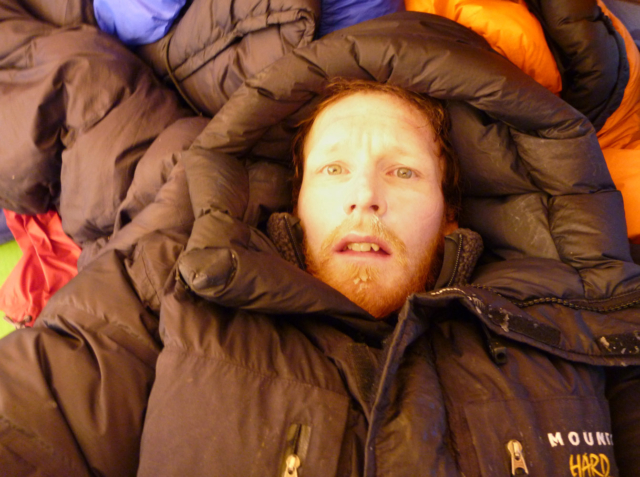 Effugio b, portrait of the artist as a mountaineer
Work consists of two framed 55 x 41 cm digital C prints and a framed text work.
2011

Mount Everest (Tibetan: Chomolungma or Qomolangma,”Holy Mother”; Chinese (Pinyin): Zhūmùlǎngmǎ Fēng; Nepali: Sagarmāthā) is the world’s highest mountain, with a peak at 8,848 metres (29,029 ft) above sea level. It is located in the Mahalangur section of the Himalayas on the Nepal side of the Nepal-China (Tibet) border.
The highest mountain in the world attracts many well-experienced mountaineers as well as novice climbers willing to hire professional guides. While not posing substantial technical climbing challenges on the standard route, Everest presents dangers such as altitude sickness, and extreme weather situations.
Mount Everest’ is also used as a metaphor; we all have our own Everests to climb.

Guido van der Werve: a Dutch artist, was planning to climb Mount Everest in the summer of 2011. The expedition team recommended him to climb Aconcagua in Argentina first, with a height of 6962 meters, it would prove to be a good test.
Van der Werve summitted Aconcagua on January 18th 2011, and subsequently decided not to climb Everest. In October 2011, he reattempted to climb the height of Mount Everest on a step ladder in front of the house he grew up in in Papendrecht, the Netherlands. After two hours, Van der Werve realised the task was too daunting and simply seemed physically impossible. He wasn’t able to achieve his goal and abandoned the attempt.

Escapism: a mental diversion by means of entertainment or recreation, as an “escape” from the perceived unpleasant or banal aspects of daily life. It can also be used as a term to define the actions people take to help relieve persisting feelings of depression or general sadness.

Goal: is a desired result a living creature or a system envisions, plans and commits to achieve—a personal or organizational desired end-point in some sort of assumed development. Many people endeavor to reach goals within a finite time window by setting deadlines. ‘Goal’ is roughly similar to ‘purpose’ or ‘aim’, the anticipated result which guides reaction, or an end, which is an object, either a physical object or an abstract object, that has intrinsic value. 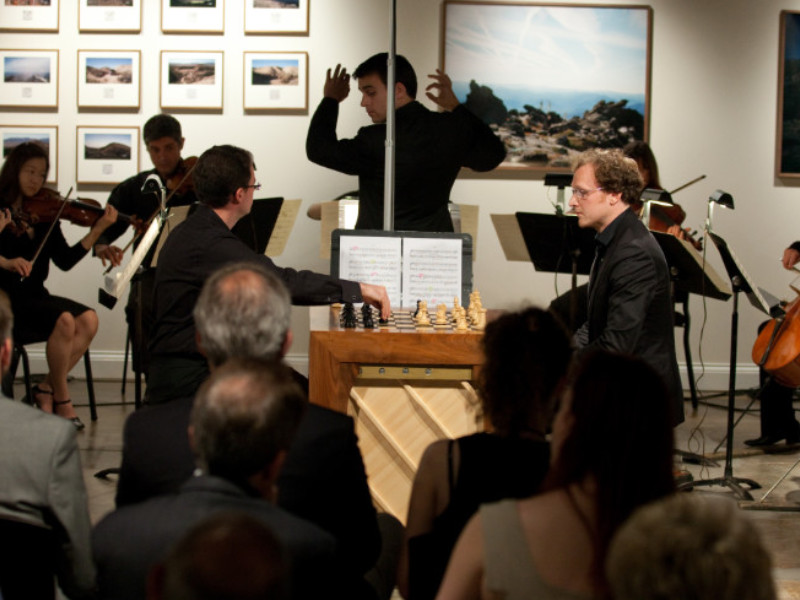